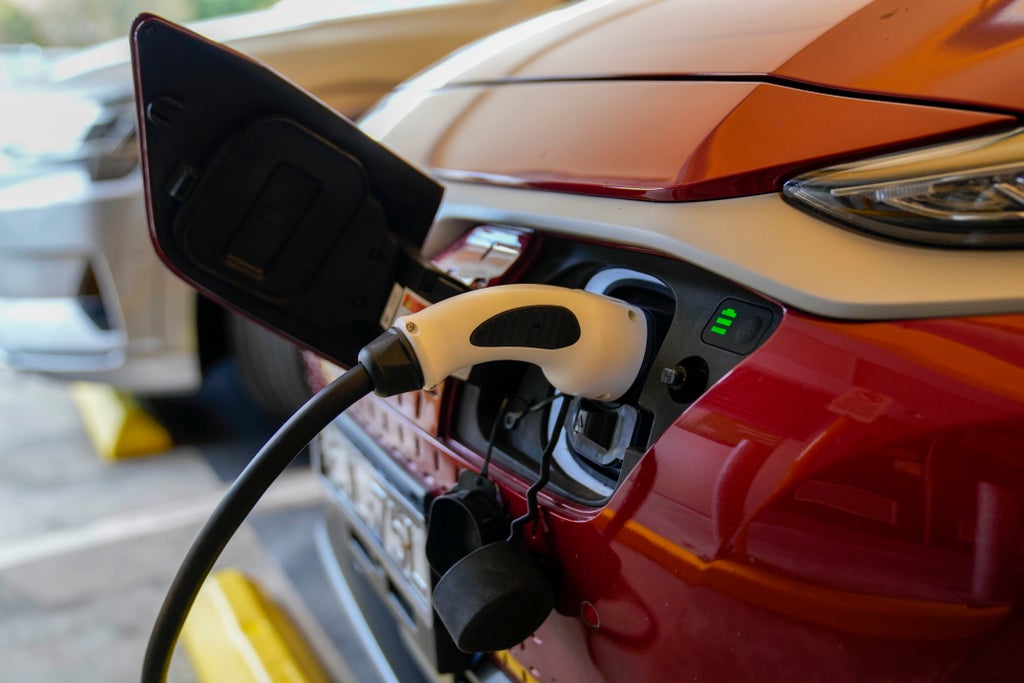 Australia’s prime minister on Tuesday announced plans to encourage people to buy electric vehicles weeks after his government was accused at a U.N. conference in Scotland of being a laggard in fighting climate change.

Prime Minister Scott Morrison said the price of the technology would reduce in time and offered no subsidies to buyers of electric cars.

“The costs of technology are coming down, and that means the choices available to Australians and right around the world are becoming more accessible, so our plans are all about supporting those choices,” Morrison said.

“Our plans aren’t about sending a lot of taxpayers’ money off to big multinationals to get costs down. They’ll do that themselves. They’ve a keen interest in doing that,” he added.

The 250 million Australian dollar ($185 million) plan would partner with private enterprise to accelerate the rollout of 50,000 charging and hydrogen refueling stations.

The conservative government expects that would result in 30% of new passenger and light commercial truck sales in Australia being battery electric or plug-in hybrid electric by 2030.

Less than 2% of new vehicles sold in Australia are electric, and the transport sector is a major reason why Australia, on a per capita basis, is one of the world’s worst greenhouse gas emitters.

Electric Vehicles Council chief executive Behyad Jafari, an advocate for the electric vehicle industry in Australia, described the policy as a “fizzer” that lacked initiatives to boost uptake.

The opposition center-left Labor Party went to the last election in 2019 with a target of 50% of new cars being electric by 2030.

Morrison argued at the time that Labor’s policy would “end the weekend” because electric vehicles could not tow boats and caravans or replace SUVs.

Opposition Leader Anthony Albanese said if Labor wins elections due by May, his government would make electric vehicles cheaper by reducing taxes on them.

“Well, they can’t have it both ways. This is a government that is scared of change,” he added.

At the U.N. climate conference in Glasgow known as COP26, Morrison committed Australia to achieving net zero emissions by 2050.

But he was widely criticized for leaving Australia’s 2030 target unchanged at the relatively modest aim of reducing emissions by 26% to 28% below 2005 levels. Other countries have made steeper commitments.